There is no doubt about it: wine and travel make a perfect marriage. How about blending magical wine destinations with visits to wineries that are increasingly ready to receive tourists from all over the world?

Wine tourism has much to offer for both experienced oenophiles and newcomers in the world of wine. Let’s raise our glasses and travel to the best wine destinations around the world!

Known as the wine capital of the world, Bordeaux has a unique charm. The city is classified as a UNESCO World Heritage Site, and its downtown area calls to be explored on foot. It has the longest shopping street in Europe, the Rue Sainte Catherine. To delve into the history of local viticulture, visit the La Cité du Vin museum.

Near the city, the châteaux, as the French wineries are called (because of the castles that serve as headquarters for several of them), are located in a perfect terroir for wine production. The focus is on red grape varieties, which occupy 80% of the land, with Cabernet Sauvignon and Merlot predominating.

The Best Wine Hotels in France

Some of Italy’s most prestigious wines come from this region, such as Brunello di Montalcino, Chianti, and Vino Nobile di Montepulciano. The Sangiovese grape is the basis for most of the production.

Tuscany is located in the central part of Italy, with Florence as its most important city. Vine-covered hills, winding roads, medieval buildings, and many artworks by masters such as Dante Alighieri, Leonardo da Vinci, and Michelangelo set the tone. In addition to visits to wineries, plenty around Siena, be sure to take a “Tartufo hunt” with a local producer of the rare truffles.

The Best Wine Hotels in Italy

Home to the Nebbiolo grape and Tuscany’s rival in wine production, Piedmont, in northern Italy, produces about 300 million liters of the beverage, the most famous of which is Barolo. With pronounced tannins, Barolo is considered the King of wines, while the elegance of Barbaresco makes it the Queen. Produced with the same grapes, they bring different characteristics to the bottle due to differences in soil and production methods.

Piedmontese cuisine carries influences from France, with which it borders. Among the sub-regions, it is worth mentioning Langhe, in Cuneo’s province, for its high-quality wines. To complete your culinary trip in Piedmont, try the dishes with the white truffle of Alba and take part in a hunt for the Tartufo Bianco, whose season usually takes place between the end of October and mid-November.

If you want a tip on where to stay in Barbaresco, we have stayed at Casa Boffa, a wine hotel with spectacular views of the vineyards.

The most famous province for wine tourism in Rioja is Elciego, home to the Marqués de Riscal winery and its extravagant hotel built by the architect Frank Gehry, also known for the Guggenheim Museum in Bilbao.

Take the opportunity to visit the picturesque little town of Sajazarra, considered one of the most beautiful corners of Spain.

The Best Wine Hotels in Spain

With valleys cut by the Douro River, it is the oldest designated wine region in the world, dating back to 1756. The Douro Valley is divided into three sub-regions:

The most visited towns on wine tours in the Douro are Peso da Régua, Pinhão and Lamego. Portugal has many wine hotels that offer unique experiences. Among them is The Wine House Hotel at Quinta da Pacheca, with rooms that look like wine barrels.

The Best Wine Hotels in Portugal

Regarding the Port wine, it is aged in the cellars in Vila Nova de Gaia. For a tasting experience, stay a few days in Porto and visit the cellars located on the other bank of the Douro River.

Porto Travel Guide – Tips for your trip to Porto

Situated in the southern part of Portugal, the Alentejo has eight sub-regions with a denomination of origin (DOC). They are: Borba, Évora, Granja-Amareleja, Moura, Portalegre, Redondo, Reguengos and Vidigueira. The variety of grapes is wide, mixing Portuguese grapes, such as Arinto, Touriga Nacional, and Antão Vaz; to international grapes, such as Cabernet Sauvignon, Syrah, and Chardonnay.

The Alentejo landscape stands out for its rural environment, with lots of green fields and medieval buildings. The capital of Alentejo tourism is Évora. Besides its historical attractions that turn its streets into an open-air museum, it is close to the Cartuxa Winery, producer of the famous Pêra-Manca wine.

Read more: The most famous cities to visit in the Alentejo

One of the most unique landscapes in the world of wine. Because of the heat and strong winds, producers use a procedure called Kouloura, arranging the plants in the shape of baskets close to the ground that resemble bird’s nests so that the grapes are protected. White wines predominate, mainly made with Assyrtiko and Moschofilero. In reds, Agiorgitiko and Xinomavro are the most used varieties.

Santorini is one of the more than 6,000 islands in Greece. Bathed by the paradisiacal Aegean Sea, it is one of the most popular for tourism, with its whitewashed houses with blue roofs. Among the wineries, the best known is Santo Winery, which has a restaurant with a breathtaking view.

At the foot of the Andes, Mendoza’s landscape combines wine and snow. There are hundreds of bodegas – as the wineries are called there – to visit. Among the highlights are the Catena Zapata, Salentein, Andeluna Cellars, and Lagarde wineries. The region is divided into five areas, each with its specificities.

A variety that always comes to mind when we talk about Argentine wines is the Malbec, cultivated mainly in the Central Region (Rio Mendoza) but also found in the Uco Valley and the South. The Eastern and Northern regions call attention to the production of white wines. As a complement to the wine tours in Mendoza, there are two famous ski resorts: Los Penitentes and Las Leñas.

One of Chile’s main wine-growing regions is located between Santiago and the coastal city of Valparaíso and is even possible to drive to and from the Chilean capital. Although the country is known for its red wines, the stars are the whites in Casablanca Valley, made mainly with Chardonnay and Sauvignon Blanc. Wine tourism in Chile is very well structured. Among the options of wineries worth visiting are Casas del Bosque, Casa Marín, Matetic, Indómita, Morandé, Viñamar, and Emiliana. The Rio Tinto Wine Market is a mandatory stop for the last purchases at bargain prices.

And, of course, as Brazilians, we could not fail to mention the leading producing region in Brazil, the Vale dos Vinhedos in Rio Grande do Sul. The region occupies 82 square kilometers in the Gaúcha Mountain Range, and the main city is Bento Gonçalves. Its wines are the only ones in the country with a denomination of origin (DO), which guarantees excellence. Among the most visited wineries in Serra Gaúcha are Miolo and Valduga.

The Maria Fumaça train tour is one of the most popular tours in the region, with artistic and regional presentations along the way. If you have the chance, don’t miss the Sparkling Wine Route in Garibaldi. 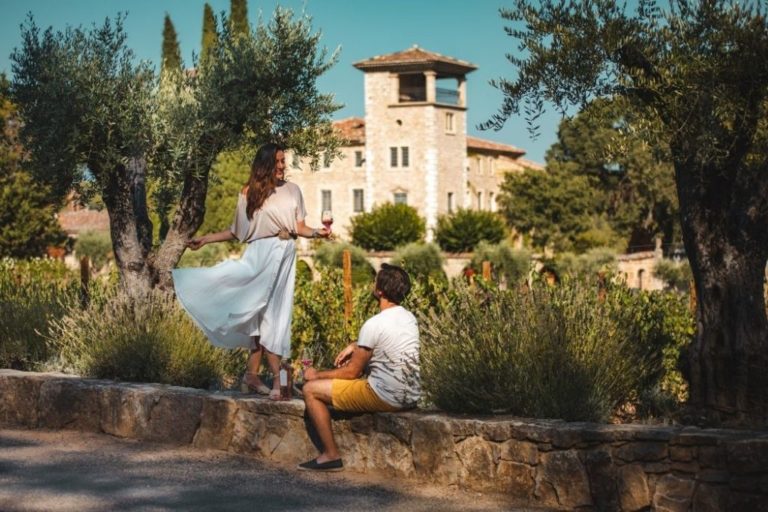 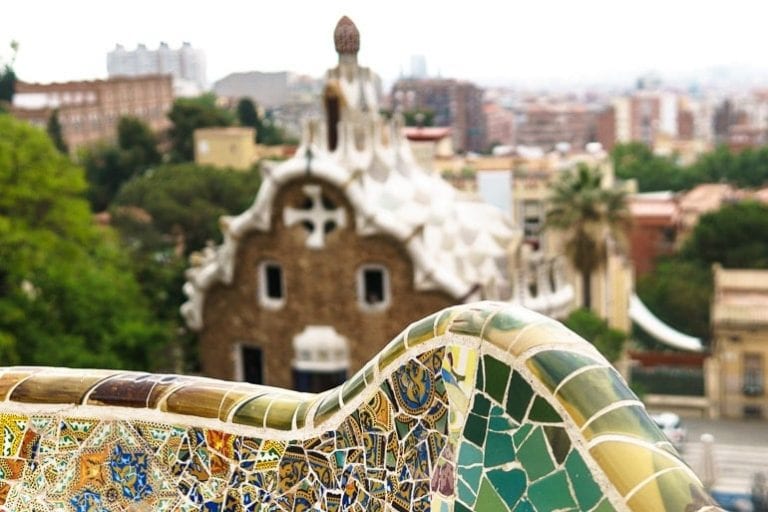 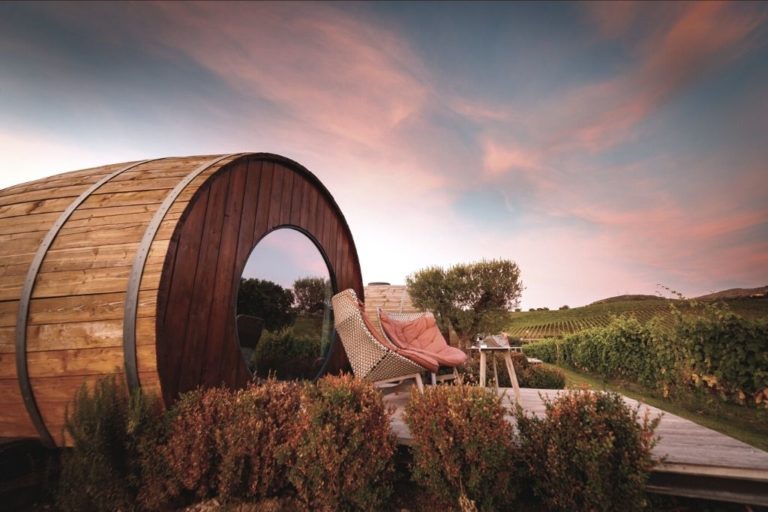 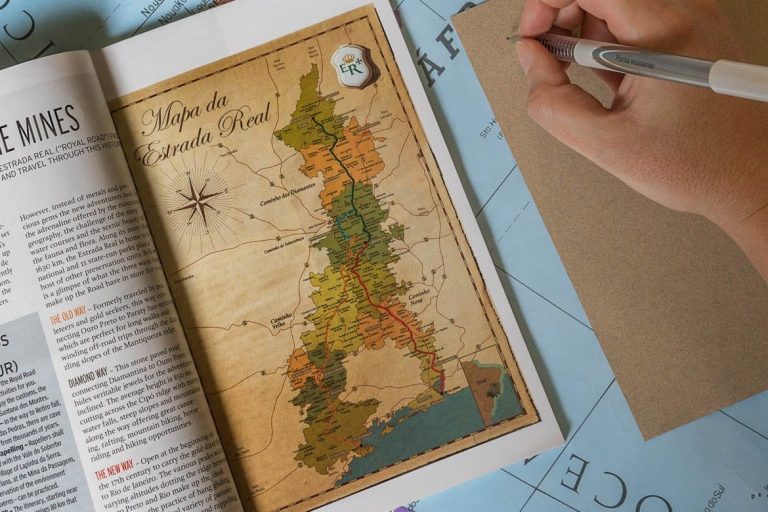 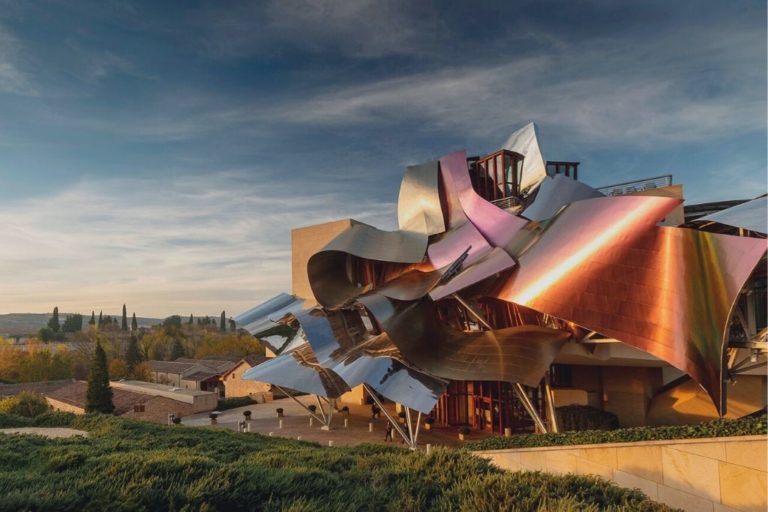 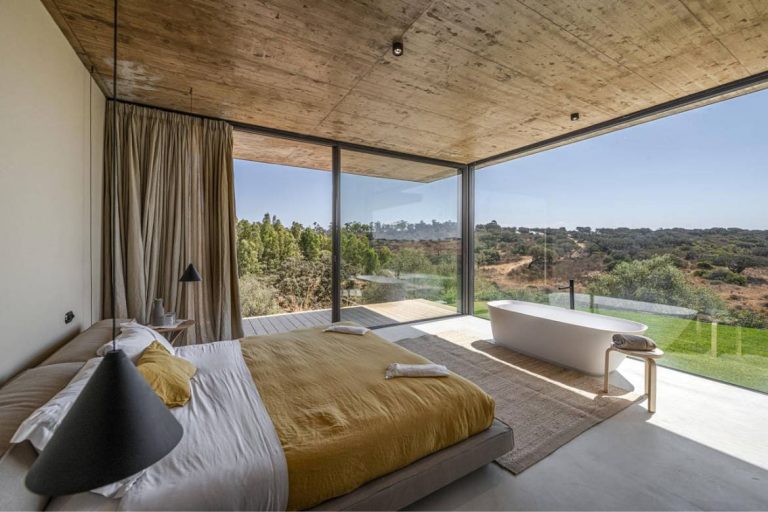