Visiting the Golden Temple of Sikh religion in India is an amazing experience for any traveller. The Golden Temple in Amritsar holds the largest communal kitchen in the world, for that alone would be worth a visit. Everything gets even more interesting when you understand who the Sikhs are, what Sikhism is, and what the Golden Temple means to the community.

Who are the Sikhs?

Sikhs are the followers of Sikhism. Sikhism is a monotheistic religion founded over 500 years ago in Punjab, northern India, by Guru Nanak, born in 1469. Among the main beliefs are the faith in one formless God and in the teachings of the ten gurus. All of these teachings were transcribed into Sri Guru Granth Sahib, the holy book of the Sikhs.

The 5K’s of Sikhism

It is usually easy to recognize Sikhs, as they follow some dress codes known as 5K’s:

5K’s are symbols of recognition and devotion, but not required.

What are the basic beliefs of Sikhism?

Sikhism follows principles and beliefs according to Guru Granth Sahib, the holy book of Sikhs:

The three pillars of Sikhism

Among the many aspects of Sikhism, Guru Nanak summarized the main duties of Sikhs in three pillars:

Visiting a Sikh Temple is a very remarkable experience. Everything there functions on the basis of volunteer work and anyone can help and eat for free.

Keep reading to learn more about the Golden Temple and how the community kitchen works.

What is the Golden Temple (Harmandir Sahib)

All Sikh Temples (Gurdwaras) are community centres and among many aspects, it all have a copy of the holy book, prayer rooms and a communal kitchen (Langar).

There are many Sikh temples around the world, but the Golden Temple, officially called Harmandir Sahib, is the most important of them, as it keeps the original copy of the Sikh holy book.

The Temple was completed around 1601, is open 24 hours a day and anyone is welcome, including to stay on its premises and eat in the communal kitchen.

The Golden Temple is covered with gold and is in the centre of Sarowar, a type of pool common to Sikh temples. Sarowar water is considered sacred and people get inside to purify themselves.

Did you know? The city of Amritsar is named after the Golden Temple sarowar. Amrit means nectar of immortality and sar or sarowar means pond. In short, Amritsar means ‘the pond of nectar’, the same surrounding the Golden Temple.

Within the temple, the main rules are:

Note: On January 7th 2019, the Shiromani Gurdwara Parbandhak Committee (SGPC) issued an official statement prohibiting photos and videos on the premises of the Golden Temple. Photographs are currently allowed in the courtyard (Parikarma) around Sarowar. Before visiting, we advise you to check the full list of restrictions in the Temple’s official website. All photos and videos in this post were taken in 2018.

Sense of Community and Voluntary Work in the Golden Temple

Sense of community is perhaps the most appropriate term for the feeling we had inside the Golden Temple. In addition to the role of a spiritual centre, the temple serves as a community centre – offering free food and lodging for pilgrims and visitors of any faith.

The temple functions with voluntary work of the community itself. Everyone cleans, everyone cooks, everyone eats, everyone helps, 24 hours a day, 7 days a week. Like an orchestra that doesn’t need a conductor.

Anyone can volunteer, so if you want it you should try it. Don’t be embarrassed about staying for a short time because as soon as you leave, others will be ready to help. Language is not an obstacle either, someone will teach you how to do the activity even if you don’t understand Hindi or Punjabi.

The cool thing we heard is that many locals go to the temple to volunteer as a hangout program among friends, not just an act of kindness but also a way to interact with people and keep their culture alive. They are proud to preserve this cultural heritage for future generations and an example of a better world.

The Golden Temple kitchen is considered the largest communal kitchen in the world. A kitchen where people serve free food at any time of the day and is already working for centuries. Everything based on donations and volunteer work.

Did you know that the kitchen is open 24 hours a day and has been in operation for over 500 years?

On average 50 to 100 thousand meals are served per day. About 7.000 kg of wheat flour, 1.200 kg of rice, 1.300 kg of lentils and 500 kg of ghee every day. All meals are vegetarian, a thali with rice, lentil, vegetable, roti and kheer (sweet rice pudding) as dessert, plus they serve chai just off the dining hall.

The Sikh institution follows the principles of equality, humility, and service. There is no discrimination, you sit on the floor and everyone eats together, regardless of religion, gender or social class. All this implemented over 500 years ago, an excellent reference for today.

All Sikh temples have a communal kitchen, but the size of the Golden Temple’s kitchen is amazing and if you do visit the Temple, the only recommendation we can give is to participate in this experience.

Where to stay to visit the Golden Temple

The city of Amritsar has several accommodation options. When we visited the city we stayed at Airbnb, which was a really nice experience that helped us to learn more about the local culture along with our host. He took us to the temple and explained a lot of its history, culture and traditions.

If you want, you can also stay in rooms managed by the temple itself, called Sarais. The reservation can be made online through the temple site.

The city of Amritsar is very pleasant and accessible. You can easily stay near the temple in the city centre. If you are a little further away, as it was our case with Airbnb, you can use the Indian transport mobile app called Ola, similar to Uber, Cabify and others.

Going to Amritsar? Search here for the best hotel deals.

How to get to the Golden Temple

The Golden Temple is in the centre of Amritsar in the northern state of Punjab. A very common route for tourists is to visit Amritsar from New Delhi. All transport options are possible, plane (399 km), train (448 km), and bus (452 ​​km).

Alternatively, if you want to venture yourself, you can leave Mumbai with the Golden Temple Mail, a train that connects Mumbai to Amritsar and takes 32 hours.

Overall, there are many flights available that you can easily search through Skyscanner.

If you go by bus or train, you can search in local companies website like MakeMyTrip and redBus.

Amritsar Train Station is 2 km from the Temple while the airport is 13 km away. Both places have taxi and bus information to the Temple and other neighbourhoods in Amritsar regions in case you want to go directly to your hotel.

What is the best time to visit the Golden Temple

We went to the temple during the day and also at night, the flow of people never ends. If you are there during very hot days, don’t give up on that and go at night. The temperature is milder, the temple is a bit emptier and you will be enchanted by the reflection of the Golden Temple in the waters of the Sarowar. 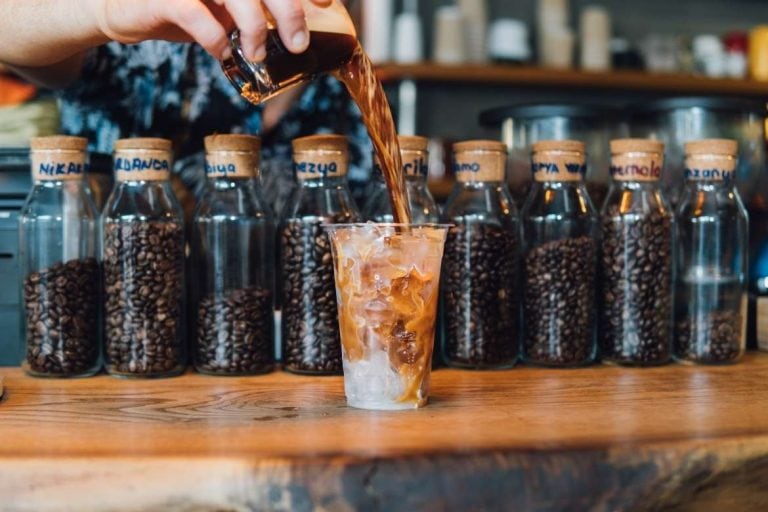