The consumption of rice is an essential item not only as a source of energy but also as a subsistence and income factor for several families around the globe, especially in Asia where it carries a strong historical and cultural value. Among its several varieties, a type that gained prominence in Southeast Asia and is widely used in both salty and sweet dishes is the glutinous rice, also known as sticky rice.

Thailand has successfully positioned itself as one of the main gastronomic destinations in Southeast Asia. When the subject is food, the country always appears at the top of the lists, but what often goes unnoticed is that the culture of certain regions such as the northeast of Thailand, is very similar to the neighbour country Laos. In northeastern Thailand and in Laos, the former region of Isaan, sticky rice is a staple food and presented in almost every meal.

According to historians, the Chinese have domesticated rice for over 10,000 years through the wild species Oryza Rufipogon in the Yangtze River valley which then expanded to Southeast Asia. Today, Asian farmers represent approximately 90% of all world rice production which makes rice one of the main agricultural products in the region, being a source of income and means of subsistence for several local families and producers.

Check out the most famous rice dishes around the world

Glutinous rice is a variety of Oryza Sativa. Despite the term glutinous, this type of rice has no gluten and its sticky characteristic is due to the high content of amylopectin and low amylose. These molecules are responsible for leaving the rice loose or sticky according to their proportions. The grains present variations in the colour black, purple, and white. The white glutinous rice in its raw state is more opaque, unlike the white rice consumed in Brazil which presents a more translucent colouration and is not sticky. Another characteristic that differs from the others is that it adapts in light soils and needs less water, thus facilitating its cultivation.

The different faces of sticky rice

As an accompaniment of dishes, the best way to taste the sticky rice is by hand, that’s right! This rice is served in little bamboo baskets called Thip Khao. To eat the rice, you remove a portion with your hand, make a ball, and dip into the curry of your dish or in some typical sauce, like for example the Jeow of Laos. The Jeow is a Laotian pate that has several versions, it can be made with eggplant, tomatoes, chilli and even with buffalo skin. 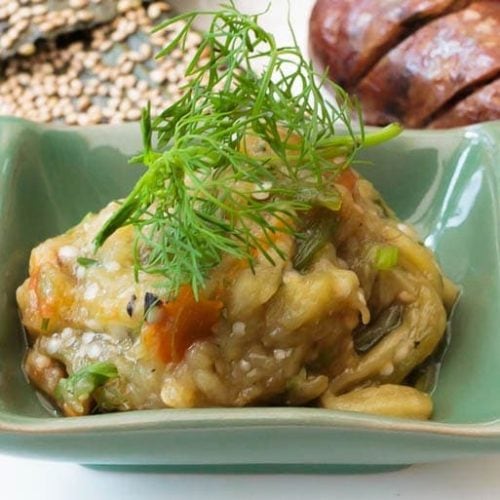 You can also consume sticky rice as a snack. The Khao Jee is sticky rice on a skewer, like a kebab but with rice. The sticky rice is prepared with herbs, brushed with beaten egg to create a crust and is finally grilled (like almost everything in Laos!).

As you may have noticed, Khao in Thailand and Laos means rice and the next name will always be related to its variety be it cooked, fried, grilled, salty, sweet and so on.

The experience of eating sticky rice in Thailand and Laos

If you visit these countries, do try it, take a portion with your fingers, wrap it with your hand and dip in your favourite sauce. You can also try it as a dessert which most of the time the coconut milk will come as the perfect partner. 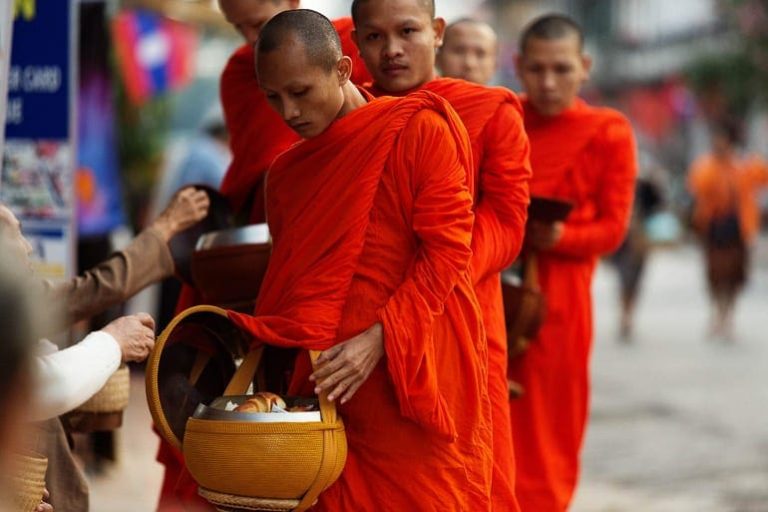 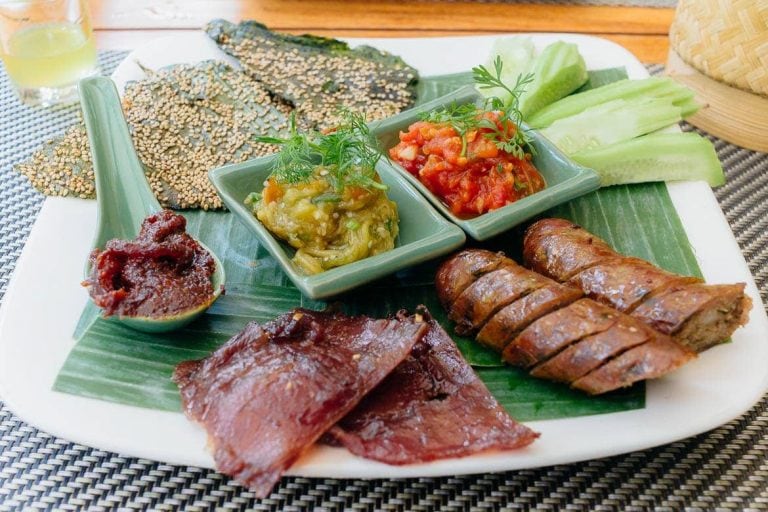