The District of São José da Serra is located less than 100km away from the city of Belo Horizonte (capital of Minas Gerais state), but the feeling was that we had travelled far away. To me, that was a new reality asking to be explored. So began my first experience in the interior of Minas Gerais state with the Natureza do Sabor Festival held in that small village.

The tiny village of São José da Serra is part of the municipality of Jaboticatubas, in the Serra do Cipó Circuit, a touristic region. There live a little more than 500 people in the midst of biodiversity and traditional knowledge of the cerrado and that was precisely the festival’s proposal that attracted me so much: to value local traditions and ingredients with a cultural gastronomic festival.

How was the 2019 Natureza do Sabor Festival

The circuit region of Serra do Cipó is known for its waterfalls, trekking trails and climbing routes… There is no lack of stunning landscape, but the Natureza do Sabor Festival was created to show another kind of beauty: the regional cuisine, which blends the Cerrado biome with family farming and traditional community knowledge.

The event, which took place on September 21st, 2019, told the stories of the region through talk sessions, workshops, typical dishes prepared by local chefs and lots of music.

The “Taste of Cerrado” workshop presented a straight connection between the biome and people. With the purpose of touching, smelling, tasting and discussing the impressions related to vegetables harvested nearby the event premises, the first activity of the workshop was conducted by Lucas Mourão from Jaca Verde PANC. In the workshop it was possible to see how much these plants, often considered exotic to the people of the city, are part of everyday life, meals, medicines and memories of the community.

After that, the artist Carolina Filizzola urged the public to value and preserve the biome in a creative way., The workshop invited everyone to paint what the Cerrado biome represents to each one using natural paints made with soil and local spices. A beautiful and bonding activity!

The festival continued after sunset with the voice of Jane Sabino, an independent singer from Jaboticatubas, and the exhibition of local products and tastings. As for example, the tasting of liqueurs produced by Marinalva from Várzea da Serra Guesthouse that are made with Cerrado typical fruits, such as Licuri, Jenipapo, Chapéu de Couro, Jatobá and so on.

As expected, the food served at the event also presented many nuances of the local culture. The cook Ramonn Melo prepared a complete meal based on two local staples – Pequi fruit and Macaúba Coconut.

As a starter, Rammon prepared tapioca crepe hydrated with beetroot juice and stuffed with green leaves, Canastra cheese, zucchini antipasto and pequi cream. The main course featured the macaúba coconut oil that was used to cook the farofa (typical Brazilian dish made with flour and fat). It accompanied a delicious free-range chicken with okra and cactus pads, corn angu cream and thinly sliced ​​kale salad as a side dish. The dessert developed by the cook himself together with Daya Gloor from AMANU Association was the final touch to taste the full flavour of the Cerrado – a cake made with Macaúba Coconut and Inhame (a type of Yam) spiced with long pepper, cloves and cinnamon. It was served with caramel made with raw sugarcane, ginger, alfavaca basil and cocoa.

Additionally, the cook Amanda Souza developed a menu with the taste of her childhood in São José da Serra. The entree was a dish made of cornmeal stir-fried with bacon in its own fat. Pork ribs with cactus pads as the main course, and for dessert a delicious dulce de leche mousse served with cured cheese produced in the region.

It is worth to mention that AMANU Association for Education, Ecology and Solidarity was a key partner to the event realization, once most of the products supplied came from Raízes do Campo farmers market.

The event also exposed educational projects through bio construction and agroforestry presented by the team of Contraponto from Congonhas do Norte. In addition to it, there was the beautiful work of local illustrator and author Fernando Siqueira of ALMA atelier para livros malcriados (translated as ALMA “Soul” atelier for rude books).

Another interesting highlight was the inclusion of producers from other regions of Minas Gerais state. That was the case of Luis Felipe that represented the Coletivo Terra Preta and brought different products ranging from olive oils to coffee beans and cheeses. All produced in Aiuruoca region, in the Serra da Mantiqueira – another mountain range located in the southern part of the state.

The party became even more lively when the drums band Tambores da Matição took the stage. The band is formed by members of the quilombola community Mato do Tição, also located in Jaboticatubas county, and its songs rescue the rhythms of Afro-Brazilian drums, such as Congado, Candombe and Folia de Reis. Such a beautiful thing to see and listen to!

Awaiting for the next  edition of Natureza do Sabor Festival

The Festival is organized annually in an itinerant way within the 7 municipalities of the Serra do Cipó Circuit. This year it took place at the garden of Bitaca Bar in São José da Serra, but it is worth following their social profiles to check the agenda of the coming years. 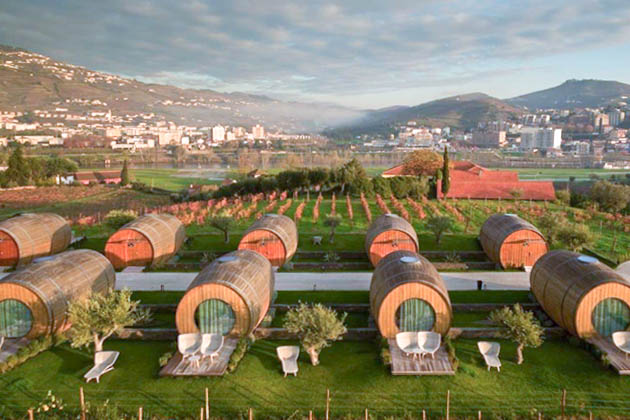 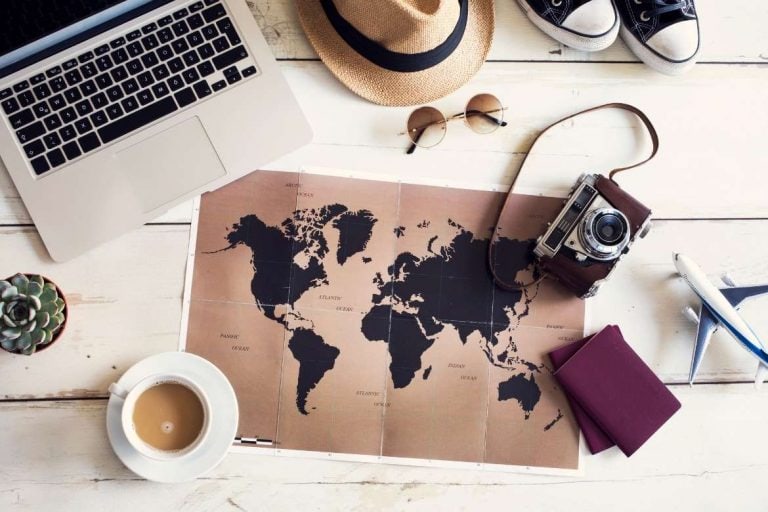 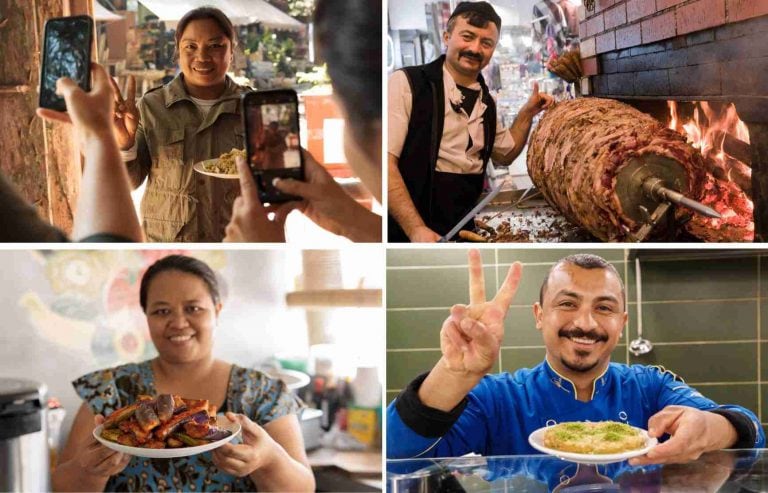 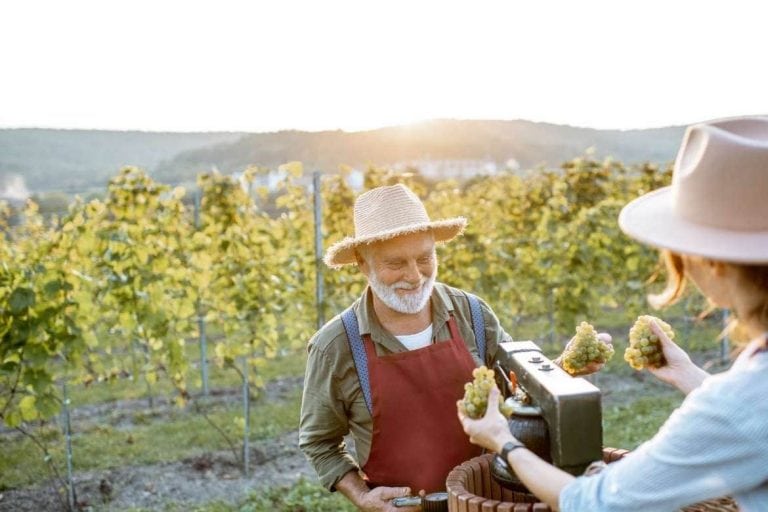 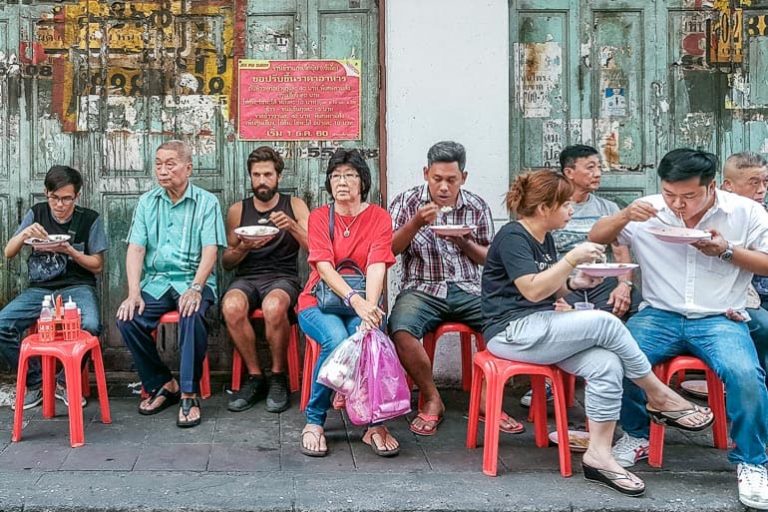