Excellent cuisine and exceptional hospitality. These are the minimum requirements for a hotel to be part of the Relais & Châteaux family. Created in 1954 in France, the brand currently has 500 members in 60 countries. In Portugal, there are nine hotels in different regions of the country and the Belcanto restaurant in Lisbon, which has two Michelin stars and is run by the creative chef José Avillez.

Check below the best hotels with restaurants in Portugal from the Relais & Châteaux collection.

With sober decoration, brushed by antiques and works of art, some of them dating back to the 13th century, the Valverde Hotel is located on Avenida Liberdade, in the heart of Lisbon. Opened in 2014, it underwent a significant renovation to integrate two more buildings into the boutique hotel, reopening in 2021 with new spaces, such as the pool and garden, a corner of tranquility. And, of course, the restaurant Sítio, one of its greatest treasures, with its authorial Portuguese cuisine and African influences, by chef Carla Sousa. Savor a colorful menu, with inspirations from Cape Verde, the chef’s birthplace, overlooking the pleasant internal patio, stage for intimate jazz concerts, fado nights, and an open-air cinema.

This traditional Portuguese wine hotel has over 20 years of history but became a Relais & Châteaux member in 2020. In its restaurant, the history of the estate is translated into the dishes that utilize, whenever possible, only products from the estate itself. Resident chef Rodrigo Madeira is supported by German star chef Joachim Koerper to ensure a sophisticated menu with the Alentejo signature. The a la carte menu brings seasonal options, as well as snacks and kids’ dishes.

The best cities to visit in Alentejo

The first wine estate in the Douro to open for wine tourism in Portugal and surrounded by a stunning landscape houses Terraçu’s restaurant, which critics have already considered the best in the Douro Valley. Led by chef André Carvalho and winemaker Jorge Alves, the restaurant offers three to five-course tasting menus, always focusing on delicate dishes that stamp the Portuguese identity. The atmosphere is an experience in itself, making guests feel like they are in an authentic Portuguese home with a stunning view of the outdoor terrace

With one of the most beautiful views of Porto and the Douro River, the hotel offers several dining experiences. With two Michelin stars, the main restaurant is The Yeatman Gastronomic Restaurant, with a classic atmosphere and seasonal tasting menu prepared by chef Ricardo Costa. The Yeatman offers rooms for private dinners for those seeking exclusivity, from a romantic dinner for two guests to small group receptions. In one of the hotel rooms, it is possible to have breakfast while enjoying a beautiful view of the city of Porto. Other options are The Orangerie restaurant, also run by chef Ricardo Costa, but with a more relaxed menu; and Dick’s Bar and Bistro, for quick meals and drinks at night accompanied by live music.

At this palace in the heart of Amarante, between Porto and the Douro Valley, guests are invited to a royal banquet, such as the variety of dining experiences. The Michelin-starred Largo do Paço restaurant features a creative menu that combines Portuguese and Mediterranean tradition with modern authorial touches. Casa da Calçada offers everything from tea infusion and gastronomic workshops with the chef to wine and starlight dinners. It is even possible to participate in an annual experience called “Chef D’Oeuvre,” in which other Relais & Chateaux chefs are invited to prepare special four-handed dinners.

The Bela Vista Hotel & Spa, one of the first hotels to appear in the Algarve in the 1930s, is located on the seafront of Praia da Rocha, in Portimão, and currently boasts the only spa of the French brand L’Occitane in Portugal. With its balcony overlooking the beach, the Vista Restaurant has held a Michelin star since 2018 with the outstanding Mediterranean and Portuguese cuisine signed by Chef João Oliveira (elected “Chef de L’Avenir” 2019 by the International Academy of Gastronomy). Among the experiences, guests can enjoy a dinner for two, with wine pairing, at the “Chef’s Table,” or even accompany Oliveira in the search for the perfect oysters to be served at the meal.

The Grand House is a jewel of the historic Vila Real de Santo António, in the Algarve. Chef Jan Stechemesser commands the Grand Salon, giving his authorial touch to traditional Portuguese foods, as in the famous cozido served on Sundays. Appreciate good wines at the rooftop of the Grand Secret Garden and enjoy the restaurant at the Grand Beach Club, at the mouth of the Guadiana River. Be sure to schedule tours to see the famous salt pans of Castro Marim, an oyster farm on Culatra Island, and the production of the iconic Algarve olive oil. In 2022, guests get a new attraction: the retro Grand Café, inspired by the Orient Express, 50 meters from the hotel, in Alfândega, the oldest building in town.

Overlooking the coast of Cascais, the Michelin-starred restaurant has been focusing on seafood flavors for its excellence since 2001. Fresh fish and seafood from the Portuguese shore and the best products from small local producers stand out at the table of Fortaleza do Guincho. Open only for dinner, it has the option of two tasting menus, with or without wine pairing. For a more casual meal, the hotel offers the Spot by Fortaleza do Guincho, with a selection of sandwiches, salads, and dishes of the day. All served with the ocean as a backdrop.

The Casa Velha do Palheiro has its golf course, spa, swimming pools, tea house, and plenty of greenery on 120 hectares of Palheiro Nature Estate. Perched on a hilltop, the hotel offers spectacular views of Funchal in the Madeira island, which guests can enjoy from the large balcony of the Clubhouse Restaurant in addition to the classic cuisine from Chef Luís Sousa. The hotel’s dining room, which faces the gardens, is also the Casa Velha restaurant and offers a gourmet menu accompanied by an impeccable selection of wines, including, of course, the famous Madeira wine. 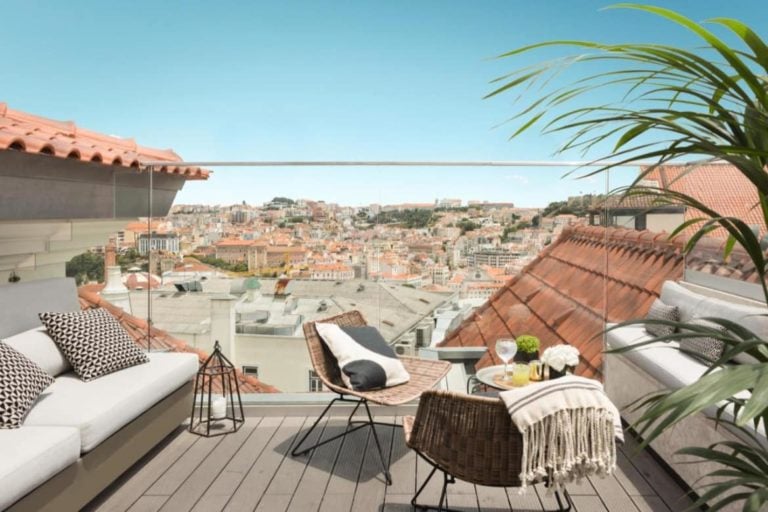 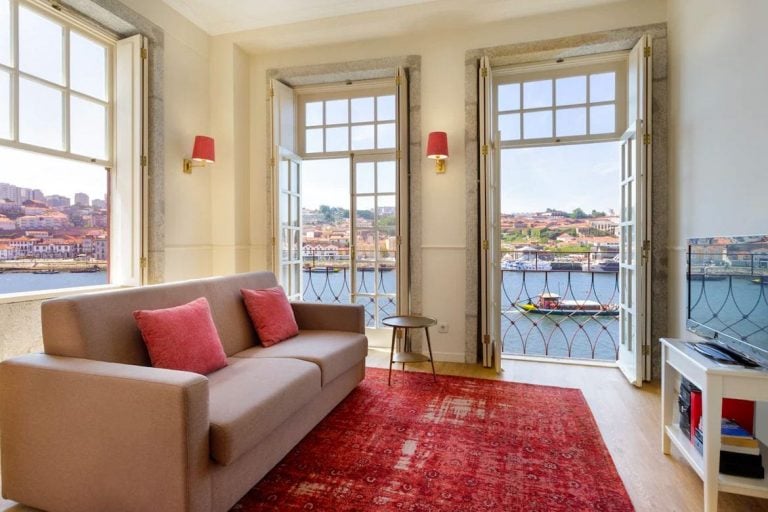 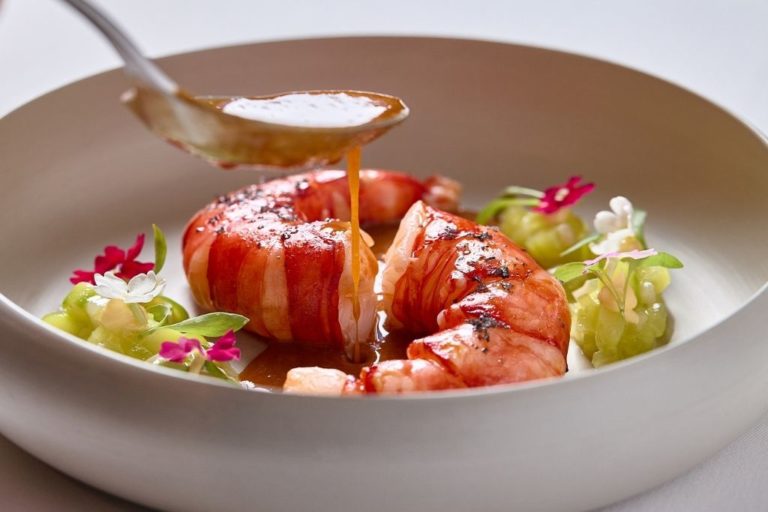 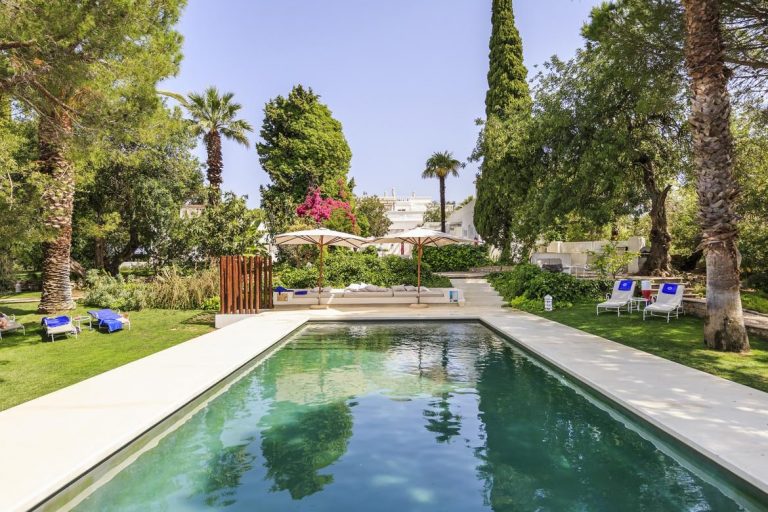 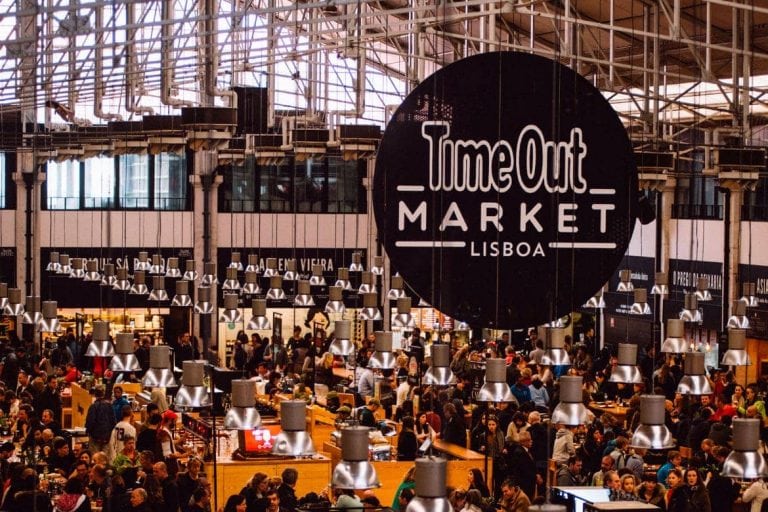 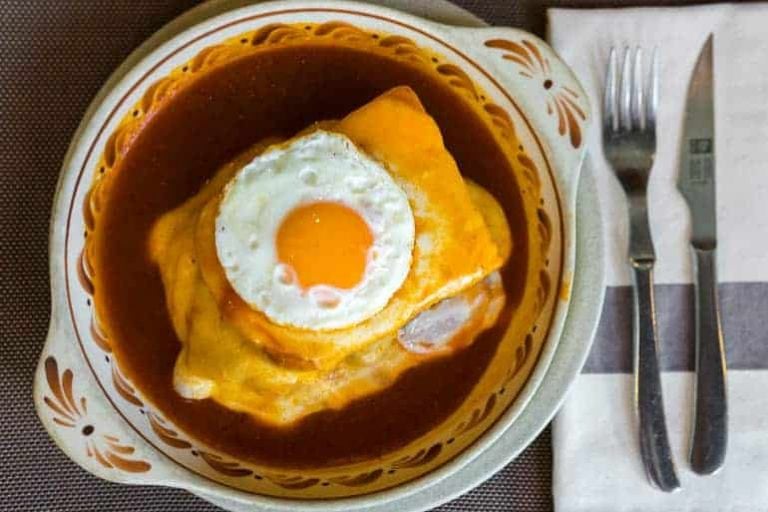